On the edge of my seat yesterday watching this unlikely string of results coming in.

After being out-played by Fulham in the second half on Friday evening, the Wall are still in 6th with tough games against Middlesbrough and Aston Villa coming up.

I’ve been up to Norwich this weekend to watch the Canaries vs. the Bluebirds.  Why are they called the BlueBirds?  A tense match with Cardiff just about deserving to win.

The Millwall had an opportunity to remove Sheffield Utd. as a threat from the playoff competition, but sadly we missed it 😞. The stats show that The Millwall retain possession for 1/3rd of the match.  29 shots on goal of which we had 3 on target, The Blades 8!  If Jordon Archer had not been on form we’d have lost the playoff position.  My man of the match. 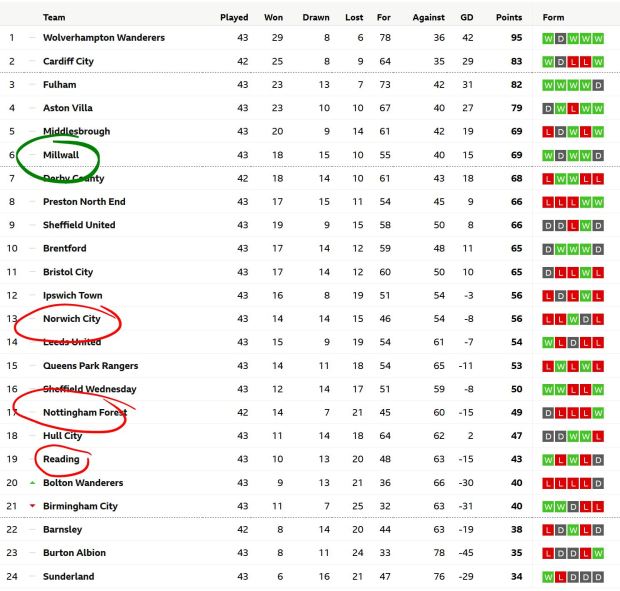 Thanks to Sheffield and our away fans for what I hear was a super atmosphere at Bramall Lane.

Well I never, 68 points and in sixth.

The highest position we’ve been in this century was with Mark McGhee in the 2001-2002 season where we reached 4th, it was called Division 1 then.

The highest position The Millwall have EVER achieved in the English football league was in the 88-89 season when we achieved the heady hights of 10th in Division 1, which was renamed to The Premiership in August 1992.  The manager was John Docherty and the top goal scorers that year were Tony Cascarino and Teddy Sheringham.  We topped the table at one point, but that’s a target for another year… 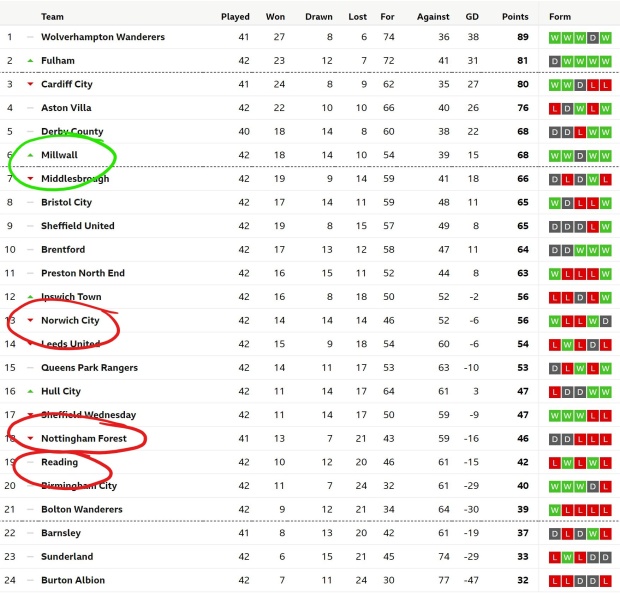 Who’d have thought it?

Ben Marshall crosses to Shaun Williams who scores after  27 seconds.  He then feeds Morrison who heads onto Lee Gregory who scroes our second after 33 mins.

The highest position we’ve attained this century was with Mark McGhee when we came 4th in Division 1 (now called The Championship) in the 2001-2002 season.  There will be a huge alignment of planets and stars and nebulae and galaxies to beat that this year.  If Bristol, Middlesbrough and Derby County all lose in the next week we could get to 5th should we beat Ipswich.  Sadly Midlesbrough are away at Burton Albion but you never can tell…

Great play by Neil Harris and the team.  Particular congratulations to George Saville who scored within the first minute for the second time in two matches.  This must’ve been an exciting match as there were 27 shots on goal.

So, next target is 9th, last achieved in 2011.  Next game is away against Barnsley.  Sheffield are at home to Burton on Tuesday and then Forest on Saturday.  Preston are away to Sunderland. So there’s a slim chance we could be up to 8th by this time next week.

Update: Just watched Football on 5: The Championship and Brentford will be feeling hard done by as they did play well and had a goal dissallowed about 10 seconds after the ball was in the net.  Less tardiness on the part of the lines man would have been better.

Lovely to see The Millwall above Norwich, Forest and Reading but I was wondering when last it was that The Millwall were in the top half of the Championship. 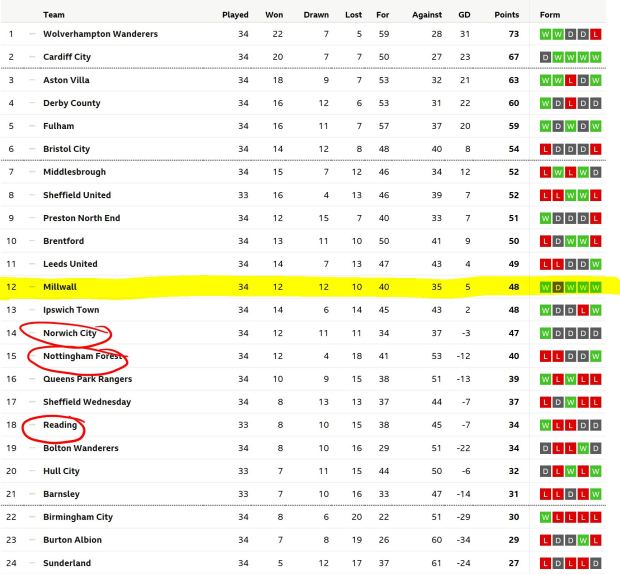 I know Mr. Harris has our next target as 50 points.  Small steps…

Also, the ground is looking wonderful.  Thanks to Steve Chalk and Indigrow.

I was surprisingly excited in the lead up to the game, tinged with a little fear and

The first half was an enthusiastic tussle, we were attacking all the time giving Birmingham little time to settle or play.  We expended so much energy I was afeared we would run out in the second half.

IO needn’t have worried.  The team stayed strong throughout, indicating a fantastic level of fitness.  And I saw us score a couple of goals!  A super day.

Steve Morrison was a dynamo.  Brilliant! 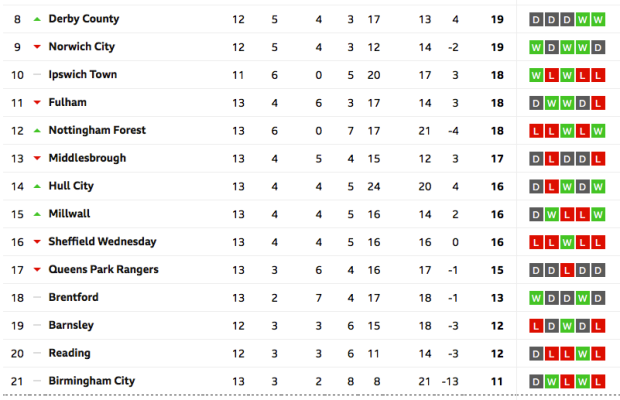 A shame about the dissallowed goal, I wonder what the rules are for that kind of decision where a penalty is awarded after a goal has been scored? 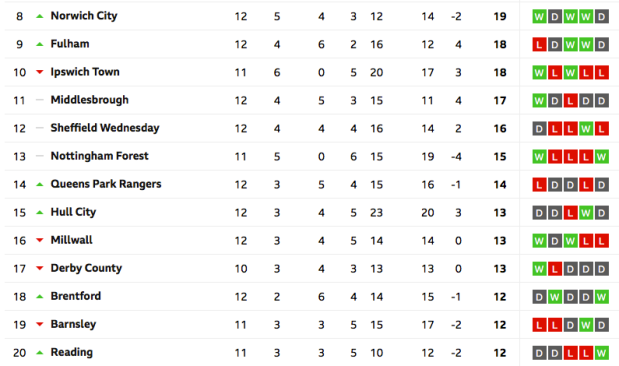 After the first games of the season…